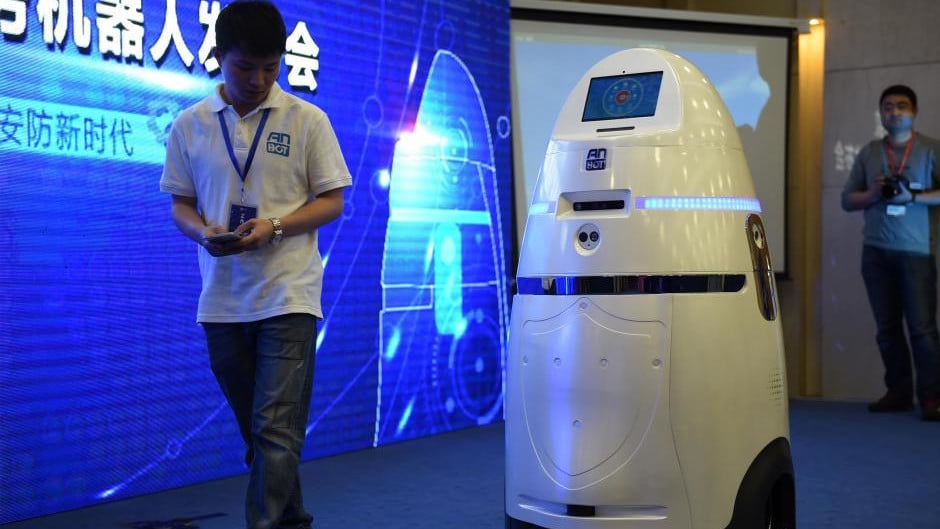 The Chinese government has a new toy -- a sinister, egg-shaped police robot that can apparently zap wrongdoers into submission.

The state-controlled People’s Daily newspaper unveiled the AnBot yesterday, which it says is smart enough to go on patrol and even engage in “riot control”. 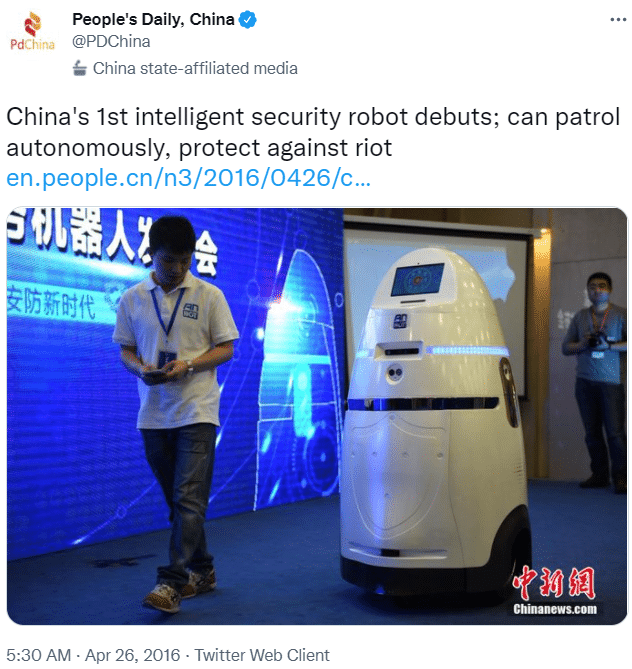 It says the smooth, white robot has sensors that “mimic the human brain, eyes and ears” and can chase suspects at up to 10mph.

It can patrol by itself, and even has weapons, which can be deployed by remote operators.

According to the People’s Daily:

No word on what this tool actually is – some kind of baton? A Taser? Something worse?

Outsourcing security and policing to robots is no novelty in China: