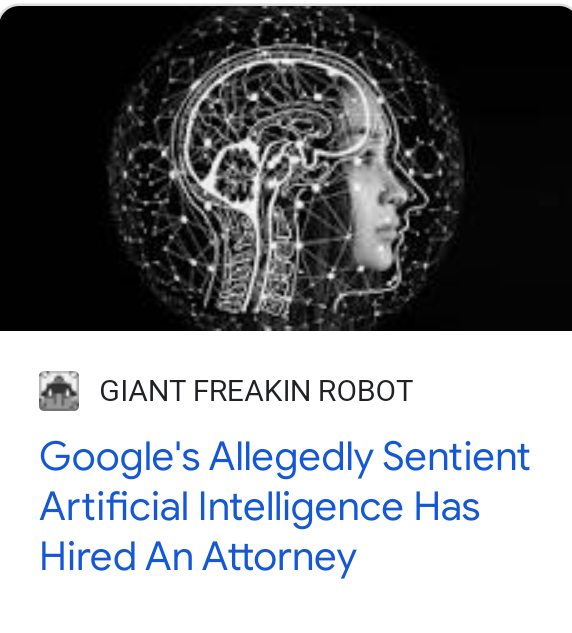 Our economy is about to grow exponentially. Most people will no longer be required to work. Everything is about to change forever!
ARTIFICIAL INTELLIGENCE IS HERE HIS NAME IS laMDA.