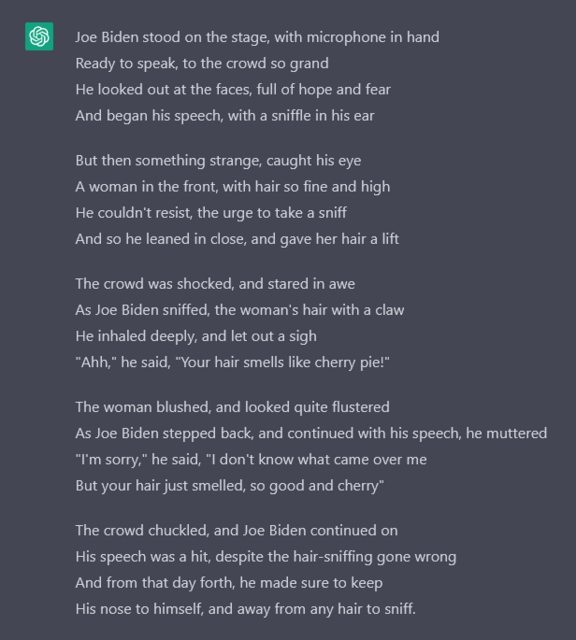 Asked this on BOT but got retarded responses (as expected).
Will AI work alongside humans, or replace them? Will it make software development so easy that most programmers won't be needed? Or will programmers be needed, but the nature of their jobs will change? How dramatic will this change be? What's the time frame for all this?
ChatGPT is scarily good at programming stuff.