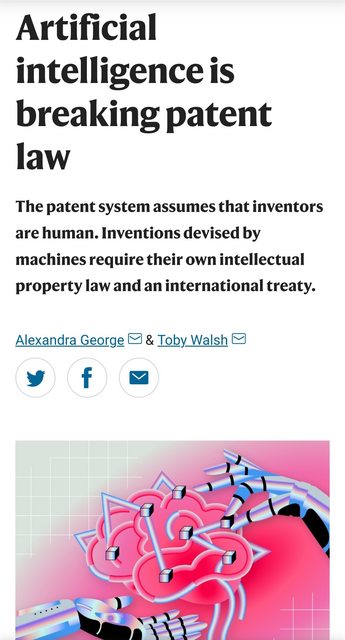 Currently their is a major shit fight happening with new AI tools that are producing patents. By taking in massive ammounts of training data including scientific papers, schematics and other patents. New patents and inventions are being developed that are original.

We're fucked lads. Who owns an invention generated by an AI? The person who made the AI? The people who contributed to the training data? Noone? Everyone?

This will turn the world on its head.